Soline Hill, located between Pješčana uvala and Vinkuran, has been protected as a forest park since 1996. Very dense stands of holm oak maquis that have partially even reached the forest stage make this area one of the last preserved holm oak forests in the region. The holm oak (Quercus ilex) is an oak species native to the Mediterranean region, so such forests are the most stable ecosystem of the Mediterranean formed by plants adapted to the arid environment. Due to the dense canopy and darkness of such a forest, a specific microclimate is created which is colder and more humid than the climate of the surrounding area.

Maquis in Place of Forests

Due to centuries of deforestation for various purposes, such as the expansion of agricultural fields or the use of timber for various purposes, holm oak forests today are mostly degraded to lower, degenerate forms such as maquis, garrigue, grasslands or rocky ground. An educational path with information panels and small houses of knowledge has been created in the forest park. In addition to information about the forest’s origins, its inhabitants and benefits, you can play games and enjoy the magic of the forest in an entertaining way. 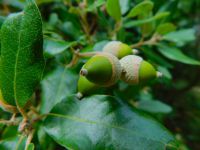 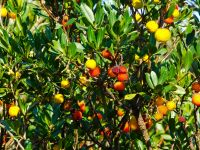 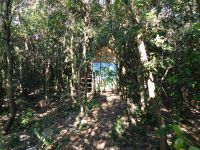 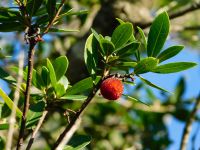 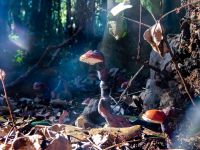