Kašteja is an area covered with forest cultures of Aleppo pine.

In the early 20th century, Austrian magnate Paul Kupelwieser, the owner of the Brijuni Islands at the time, bought a part of the Medulin coast together with the Kašteja Peninsula. The exceptional landscape values of this area were already recognised then, and since 1996 the peninsula has been protected as a forest park.

The peninsula is covered with forest cultures of Aleppo pine (Pinus halepensis) and black pine (Pinus nigra) which add special visual and microclimatic values to the Medulin area.

The Scents of Pine and the Sea

Although there is a campsite on the peninsula that operates all year round, the area is still ideal for walking and for outdoor activities. Information panels along the trail in the southernmost part of the forest park will help you get to know the area, while the scents of pine and the sea and the salt spray on your face will have a positive effect on your health as well as your mood. Like any other forest, Kašteja also bears fruits that are useful to people. The medicinal properties of vitamin C-rich pines have long been known. For example, pine needle tea is recommended for the relief of cold symptoms. 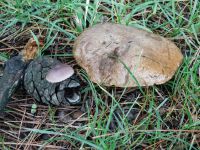 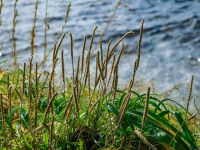 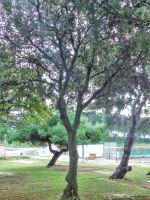 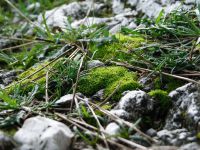 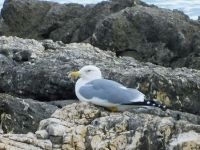