The Cornerstone of the Living World

The Vital Role of Fungi

Although often overlooked and in the shadow of animals and plants, fungi are the “cornerstone” of the living world. In addition to decomposing dead organic matter and thus ensuring the circulation of carbon and other elements in the biosphere, fungi have other vital roles. For example, mycorrhizal fungi form mycorrhizae with terrestrial plants, that is, the association between the root system of a plant and the mycelium (body) of a fungus. The fungus supplies mineral nutrients and water to the plant and in turn receives photosynthesis products from the plant. This is a significant symbiotic association without which life on Earth would not be the same and without which some of the orchids of the area would not exist, i.e. their seeds would not sprout.

Different Fungi at Different Times of the Year

In the area, we can find fruiting bodies of various fungi at different times of the year, some above and some below ground. The fruiting body is the visible part of a fungus and what we most often identify with the term fungus. This is, in fact, a spore-producing organ that only occurs at a certain time of the year. Most often, this happens in the spring and autumn when the fruiting bodies of pine boletes, Reishi mushrooms, puffballs, parasol mushrooms and several underground fungi, truffles, are most common in the south of Istria. 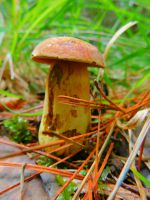 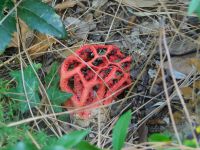 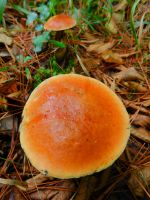 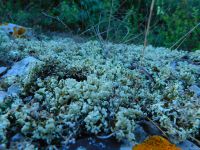 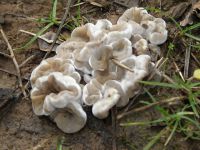 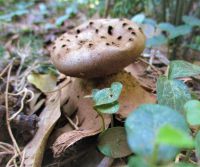 A Total of 97 Fungi Species

A total of 97 fungi species with above-ground fruiting bodies were recorded in the area of the significant landscape of Lower Kamenjak and the Medulin Archipelago and the significant landscape of Upper Kamenjak. Of these, 16 species were found for the first time in Croatia, and an additional eight (8) species have so far been found at no more than three sites in Croatia. In other words, approximately 25% of the species found here can be considered rare in Croatia, thus showing the importance of these significant landscapes in the conservation of the biodiversity of fungi in Croatia. If we add to this the results of a study on underground fungi as part of which at least five species were determined, it is clear how important Kamenjak is to these unusual but very important organisms. 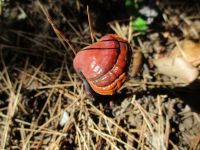