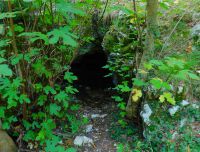 The Southernmost Cave in Istria

Pećina cave on Gradina is the southernmost cave in Istria and part of the Natura 2000 network of nature conservation areas. It is protected under the Habitats Directive of the European Union as a habitat type classified as “caves not open to the public”.

Pećina cave is located 200 metres north of Premantura in the area of the significant landscape of Upper Kamenjak. Its deposits date back to the Upper Cretaceous period about 90 million years ago. It is a type locality for a subspecies of isopods, Androniscus roseus histrianorum.

Archaeological research has shown that Pećina cave on Gradina was used long ago in the past continuously over a number of years, as evidenced by many ancient finds, one of the most important of which is the iron lugged axe, the northernmost of such finds in the Adriatic region.

If you take a walk through Upper Kamenjak, signposts will eventually lead you to Pećina cave that is marked with an information panel. 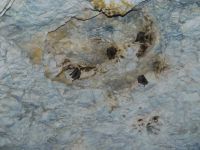 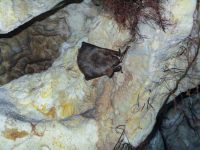